Home › Dig Deeper › A Bird and Person on a Pipe

A Bird and Person on a Pipe

Archaeologists at St. Mary’s City frequently recover fragments of brown clay tobacco pipes believed to have been made by indigenous people who lived along the Potomac River. Thousands of these have been found over the past 50 years of digging, and they can be dated to the ca. 1640–1675 period. Made of local clays, they were decorated by impressing lines into the soft clay, often using the edge of a fossil shark’s tooth, to form images. Before firing the pipes, the maker would fill the impressed lines with white clay to highlight the designs. Many show geometric forms but also very common are animal images, especially what appear to be white-tailed deer as seen below. 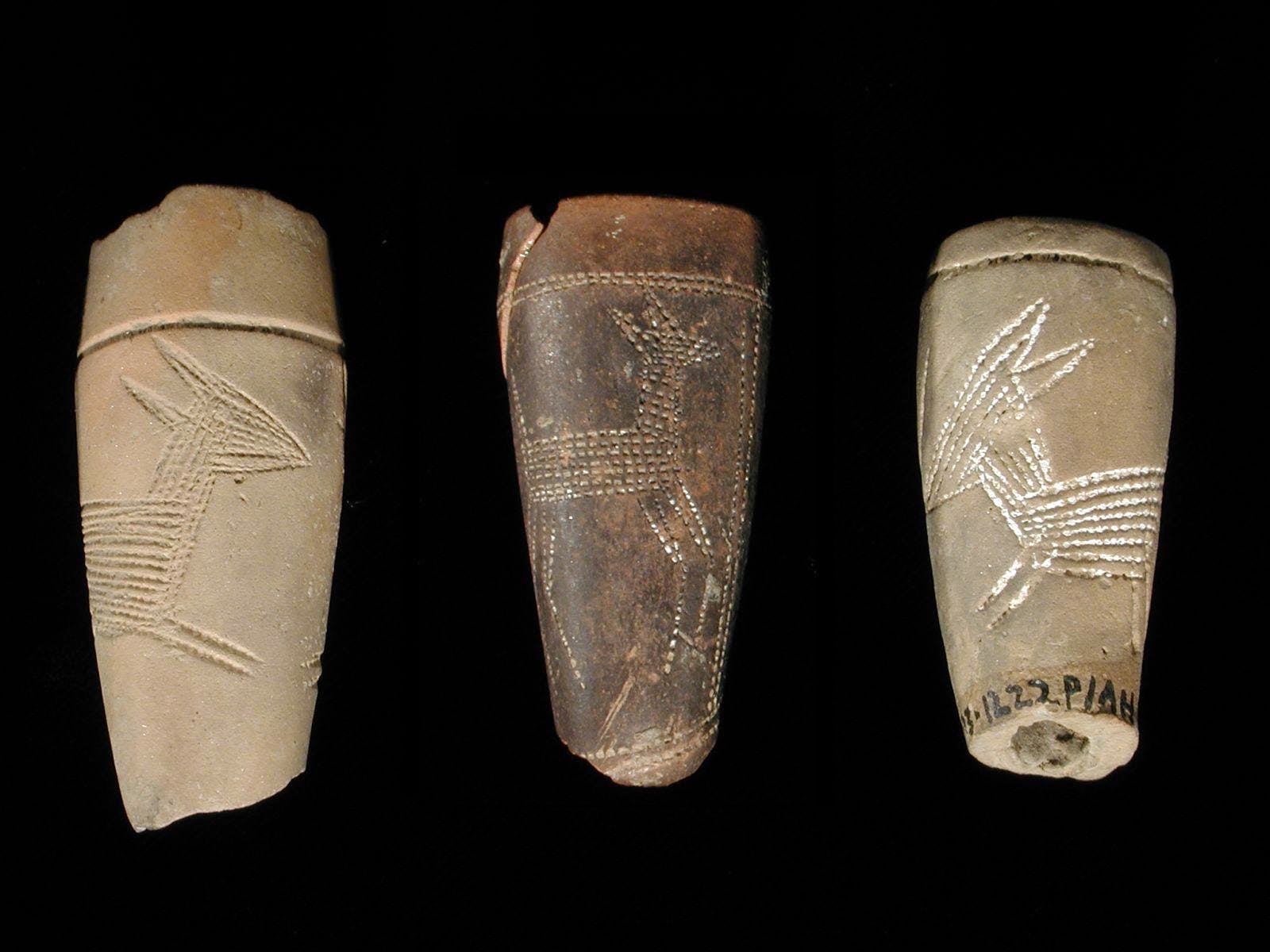 Some of those with short legs might be dogs.  Note the strong resemblance to white-tailed deer in Maryland today, with very similar ears and tail.

Past excavations have recovered a few specimens that depict fish of several types and they appear to be striped bass, catfish, and sturgeon. Animal motifs seem to be primarily a phenomenon of the 17th century because pipes recovered in prehistoric ossuaries generally display geometric forms if they are decorated at all.

But perhaps the most unusual pipe found so far shows a long-legged bird, probably a great blue heron. But what makes it even more fascinating is that it also has the image of a human being. It is the only pipe with a person. It is shown below, beside a crude drawing of the image I made. The person is wearing a long garment with their hands behind their head and one leg is at an angle to suggest that they are perhaps sitting or riding on the bird. 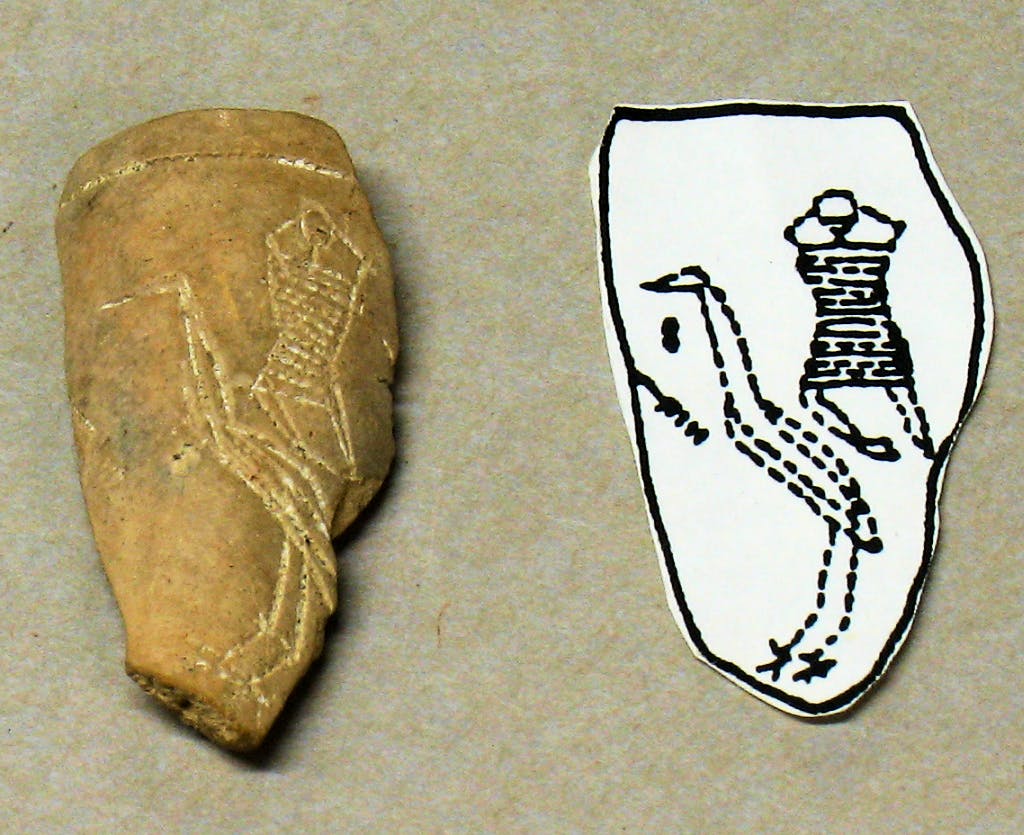 It was found in the moat fill of what was Pope’s Fort, which surrounded Leonard Calvert’s house and likely dates ca. 1650. Birds are very significant in some Native American religions, as evidenced by the value placed on the feathers of birds such as the eagle. Anthropological studies indicate that among many of the native peoples of what is now the United States, birds are believed to have a connection to the spiritual world. There is also a native tradition of a trickster character who was described as riding birds on their journeys. In any case, placing a human in direct association with a large bird was clearly intentional by the pipe’s maker and must have held some meaning. While we have very little specific information about tribal beliefs at this time, reviewing the available data about native peoples in Eastern North America, we suggest that this may represent the highly respected figure of a shaman, who were believed to use birds to communicate with, and in some cases even travel to, the netherworld.  We are left to wonder why the maker chose to place these two images on a pipe that may have been traded to English. That question may never be answered but it remains a most curious one.