Until the early 1980’s, no one knew where the center of St. Mary’s City had once stood. There was no map, most historical records were destroyed, and no clues remained above ground. But surface collection suggested many early artifacts were buried around the still-standing 1840’s Brome plantation house. With a grant from the National Endowment for the Humanities (1981–1984), HSMC began the search for the city. Widespread testing revealed traces of a number of buildings, fences, and thousands of artifacts.

Two discoveries were key. One was the foundation of a huge (by 17th-century Maryland standards) structure measuring 40 by 68 feet with brick foundation footings. Massive quantities of artifacts found around it dated to the 17th century. South of the brick foundation was a structure with few artifacts and those dated from a very brief time period. Abundant charcoal and ash indicated this building had been destroyed by fire. Analysis led archaeologists to conclude that the large building was the first governor’s home and Maryland’s first State House, while the second structure was William Smith’s ordinary, built in 1667 and burned down in 1678. These two sites, along with other structures and fences defining property lines proved that the town center was in a different place than that suggested by historical records. It also showed that the main streets of the city met at the center of town. This archaeological discovery completely changed the understanding of Maryland’s first capital. 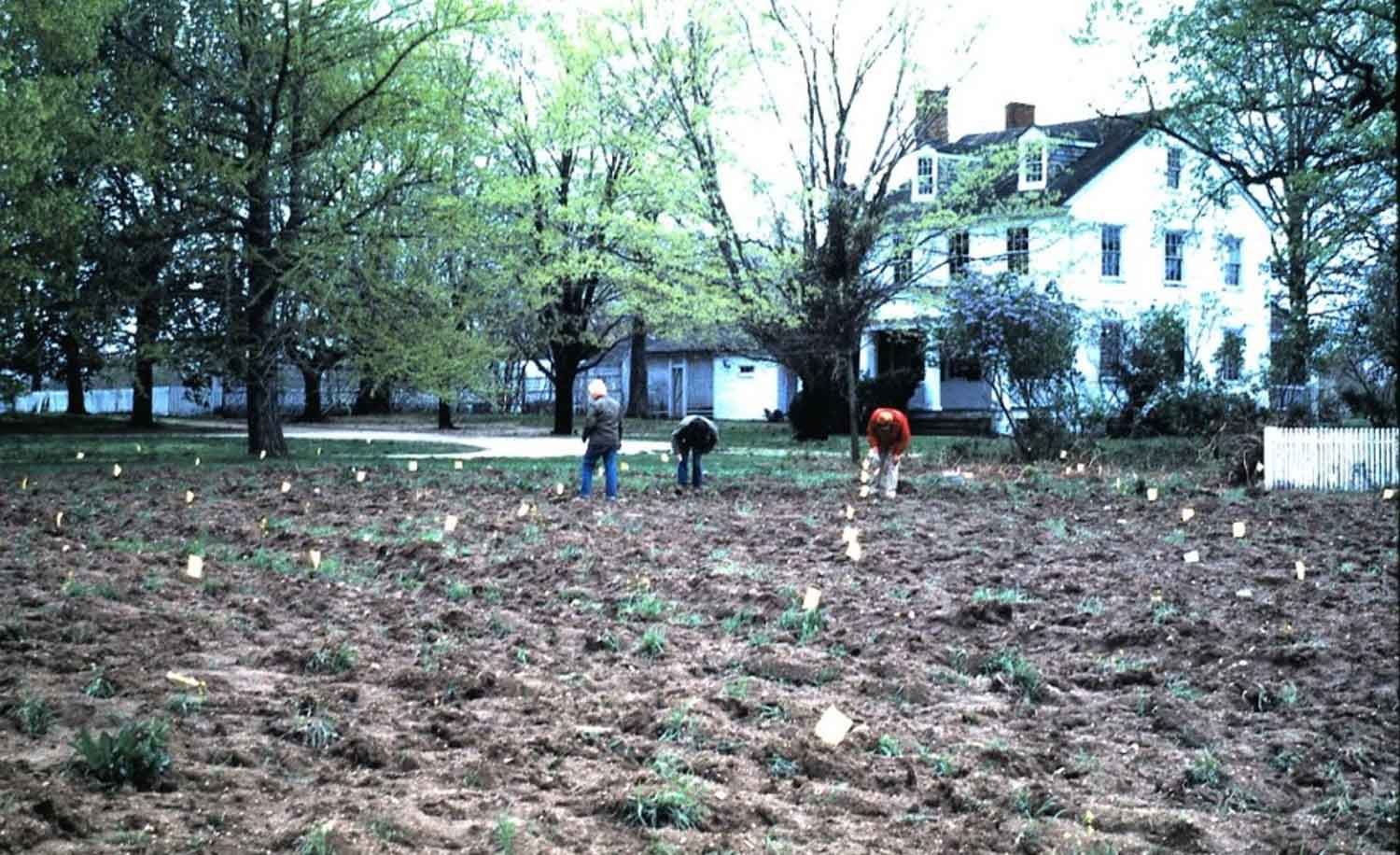 Archaeological surface collection around the 1840s 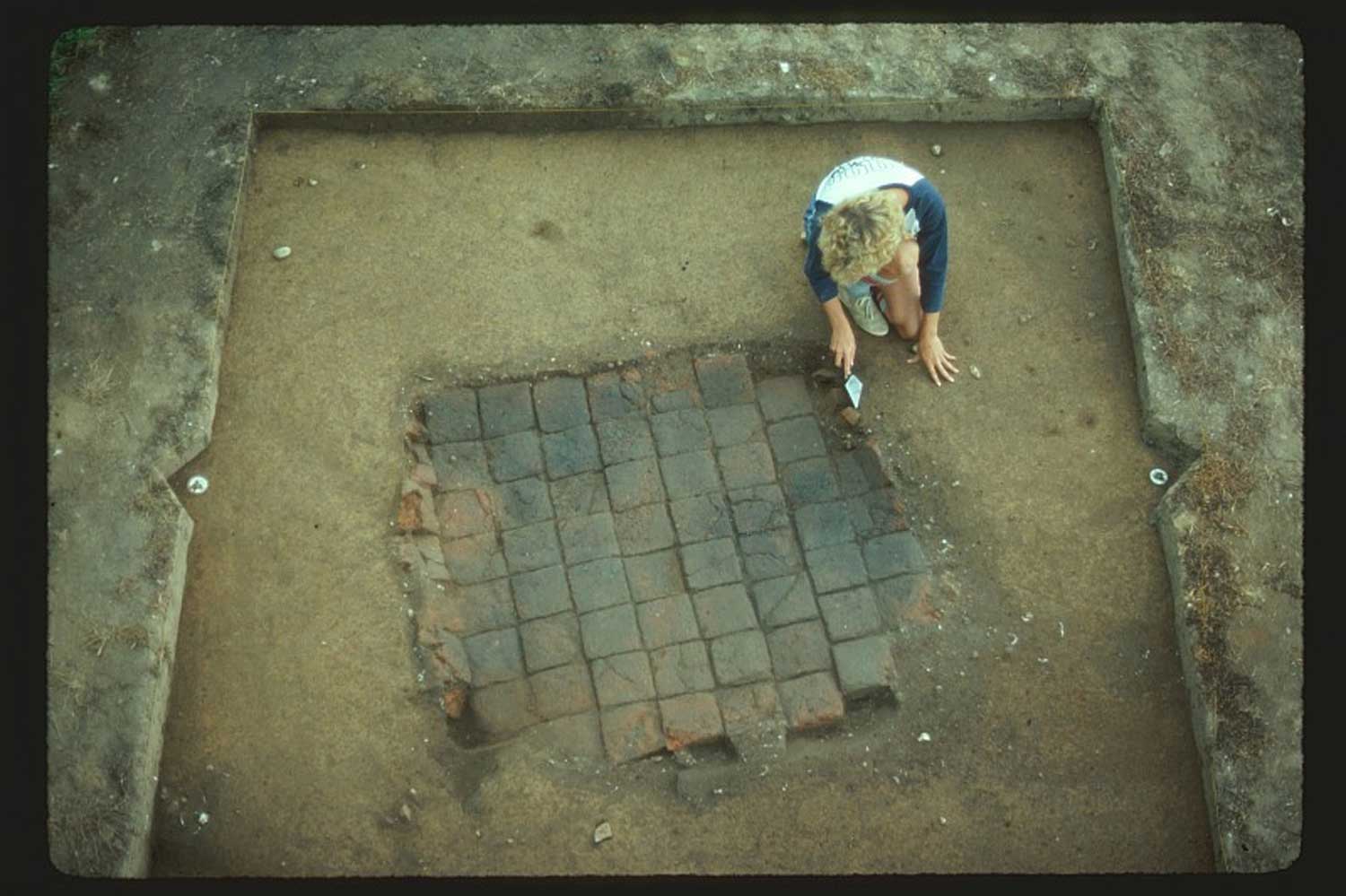 Part of Smith’s Ordinary being uncovered

Numerous seasons of archaeology have since occurred in the Town Center. Sites include Leonard Calvert’s House, Smith’s Ordinary, Cordea’s Hope, the Lawyer’s Messuage, William Nuthead’s Print House, multiple outbuildings, and the remains of a 1645 fort, along with evidence of habitation by Maryland Indians over thousands of years, eighteenth-century barns, and occupations by plantation owners and enslaved African Americans in the 18th and 19th centuries. Intensive archaeology has provided the evidence to allow several of these buildings to be reconstructed as museum exhibits. 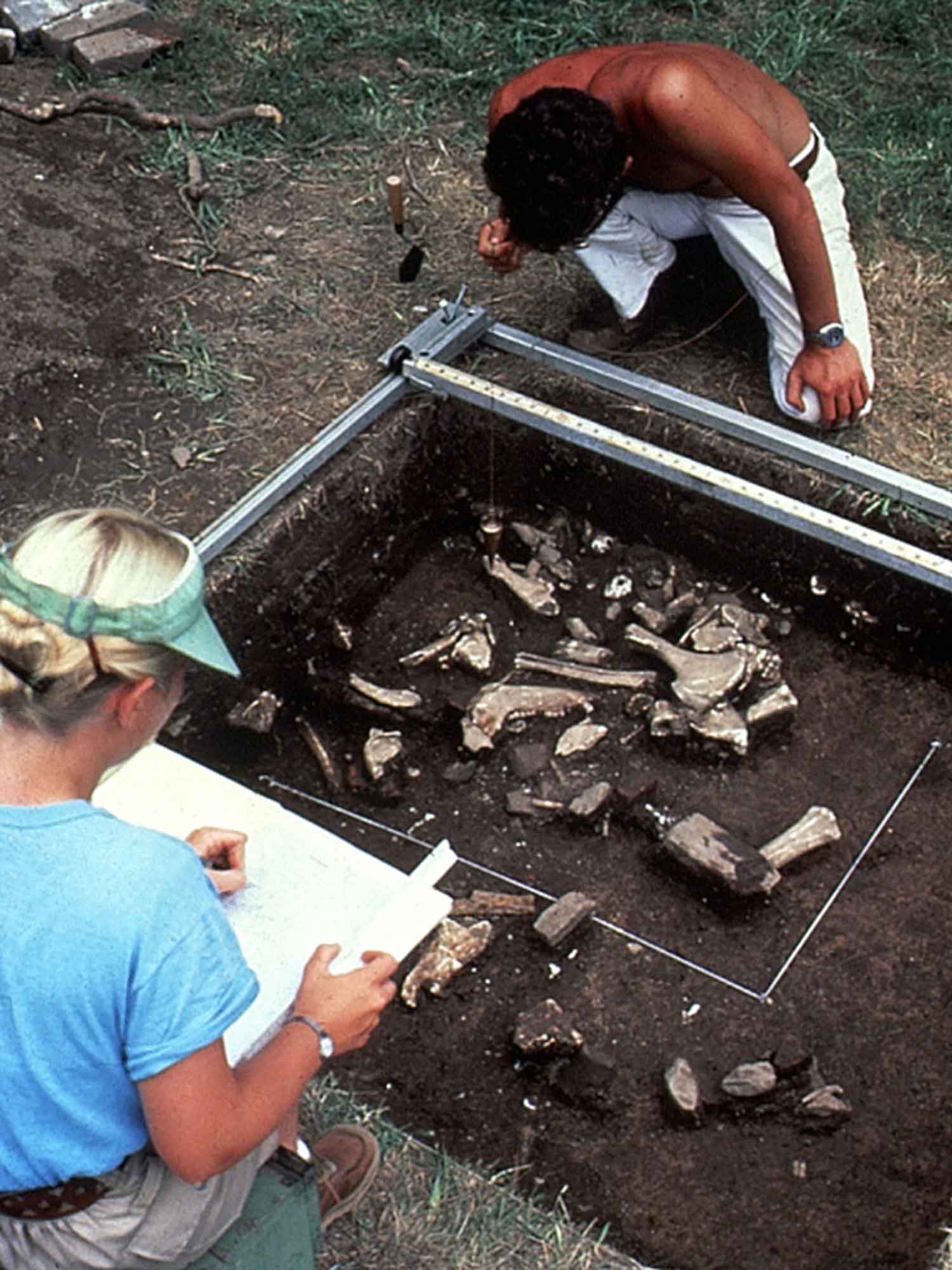