In 1969, the St. Mary’s City Historic District was designated as a National Historic Landmark (NHL). This listing is considered the highest recognition of historical significance within the United States. Historic St. Mary’s City is directed by Maryland law to act as stewards to the historical, archaeological, and architectural components that are present below ground. A limited number of historical records have survived so the archaeological evidence has been pivotal in helping researchers learn about Maryland’s past.

In addition to research driven projects, we also conduct another type of archaeological work known as site mitigation projects. These generally occur on property within the NHL that is owned by other stakeholders, such as St. Mary’s College of Maryland (SMCM) or Trinity Church, but occasionally are conducted on HSMC property. Preceding any new planned development, our team works with the landowner to determine how to effectively protect known sites but also allow for new buildings or infrastructure to be constructed. Some of these projects have a low impact on any known resources within the NHL. One such project occurred in 2004 when a new water tower was being installed. This required over 3,000 feet of trenching to install pipes, and a team of archaeologists excavated portions of the area in advance to remove any cultural resources present within the impact zone. Some portions of the new waterline would be near known sites, and there was a potential for disturbance of unknown cultural resources. This required archaeological assessment in advance of the construction. During the course of this project, little of cultural significance was found. 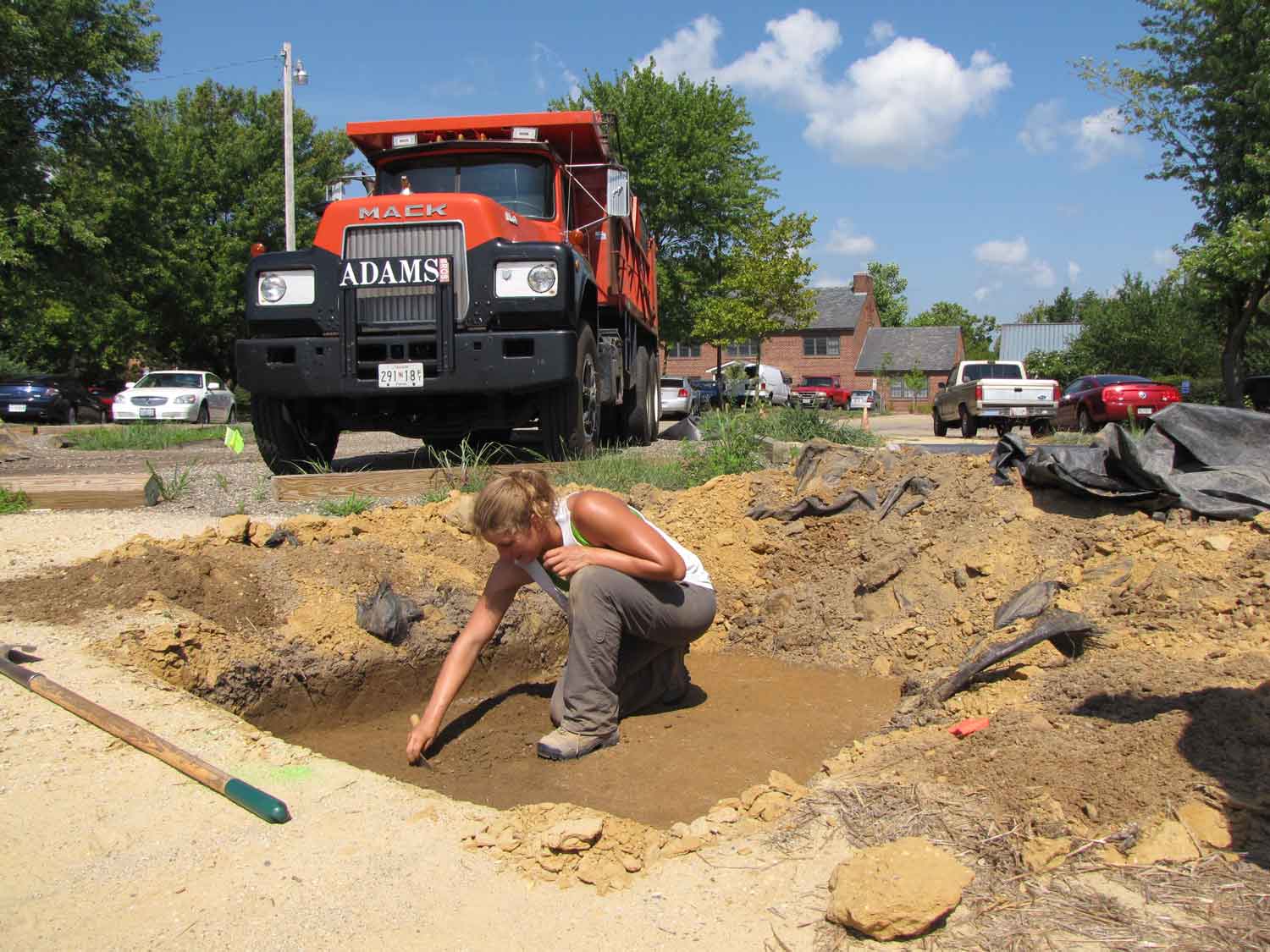 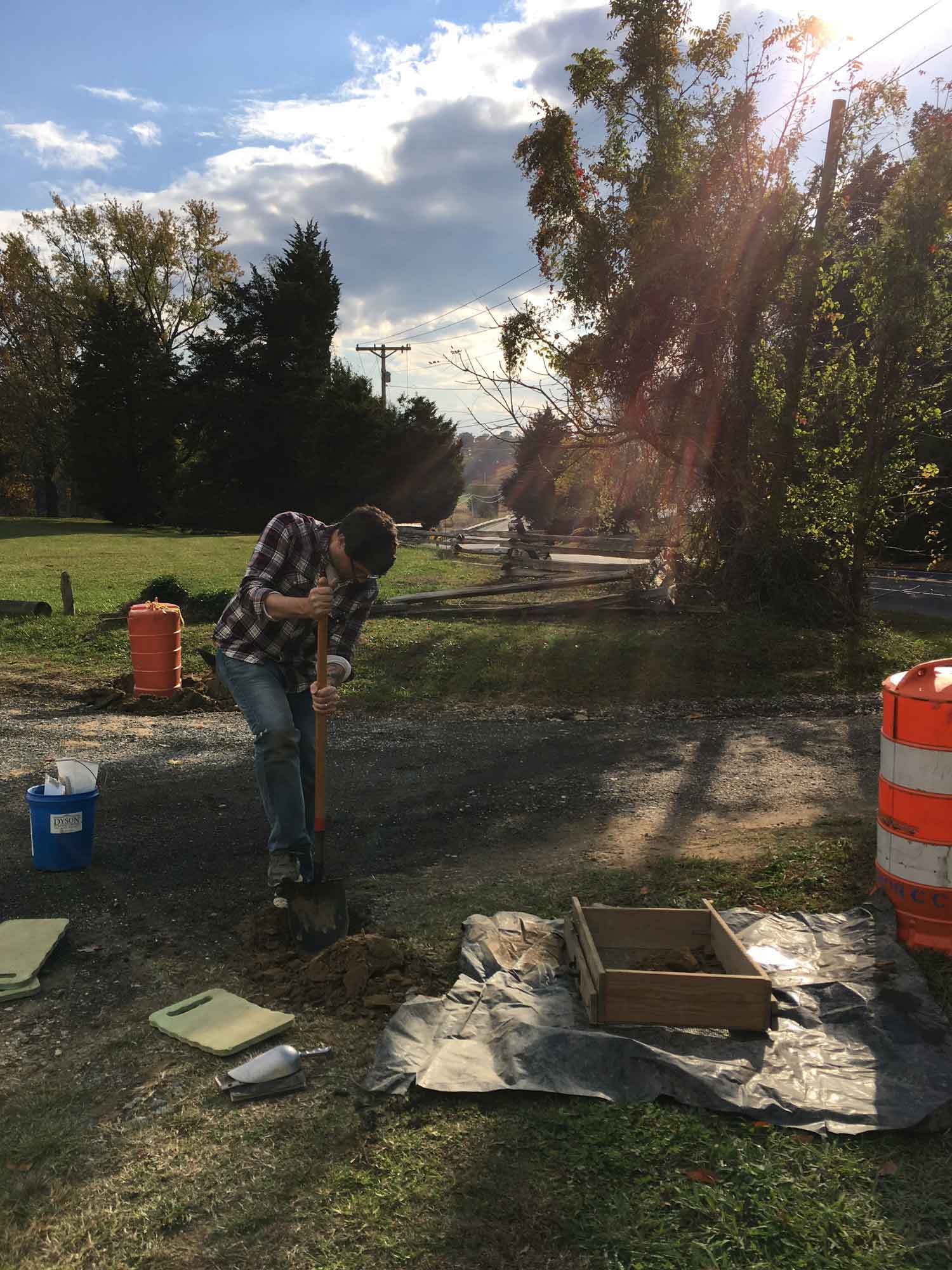 Another site mitigation project is the Anne Arundel Hall/Maryland Heritage Interpretive Center project, which is located near the center of the colonial town on property administered by both HSMC and SMCM. As part of this project, in collaboration with SMCM, HSMC has conducted extensive excavations around two College buildings which were constructed in the 1950s. This work took place before the buildings’ removal and demolition. After the 1950s structures were no longer present, excavation continued beneath their footprints. These investigations have produced remarkable discoveries some of which are highlighted here. Work for this project currently is ongoing, resulting in additional discoveries.

The NHL is located on about 1200 acres of land, and within the property there are hundreds of buildings. HSMC owns approximately 100 structures, including reconstructed structures, barns, offices, outbuildings, and sheds. Once in a while, digging needs to occur near and around these buildings for any number of reasons, but often it is to replace aging utilities. When this necessity arises, HSMC archaeologists conduct monitoring. Monitoring is a form of archaeology where we simply observe and document the area below ground as it is excavated. With the primary goal of preservation in mind, we attempt as much as possible to replace new infrastructure in the same location as old infrastructure to avoid digging in undisturbed areas. We always monitor all excavation that takes place within the NHL to ensure that we can document any sites present within the area where the digging occurs. Even seemingly minor episodes of digging, such as that required for planting trees and shrubs, requires monitoring. One recent monitoring project involved the removal of aging oil tanks. Archaeologists were present to examine the soils that the tanks were removed from. Many of the existing utilities in the ground on both college and museum property predate any cultural resource protection laws, and some of these projects offer us a chance to understand areas that have already been disturbed but may have originally intruded on unknown sites.

Whether through conducting major site mitigation project or monitoring minor disturbances, HSMC remains vigilant in documenting and preserving the archaeological record of Maryland’s past. 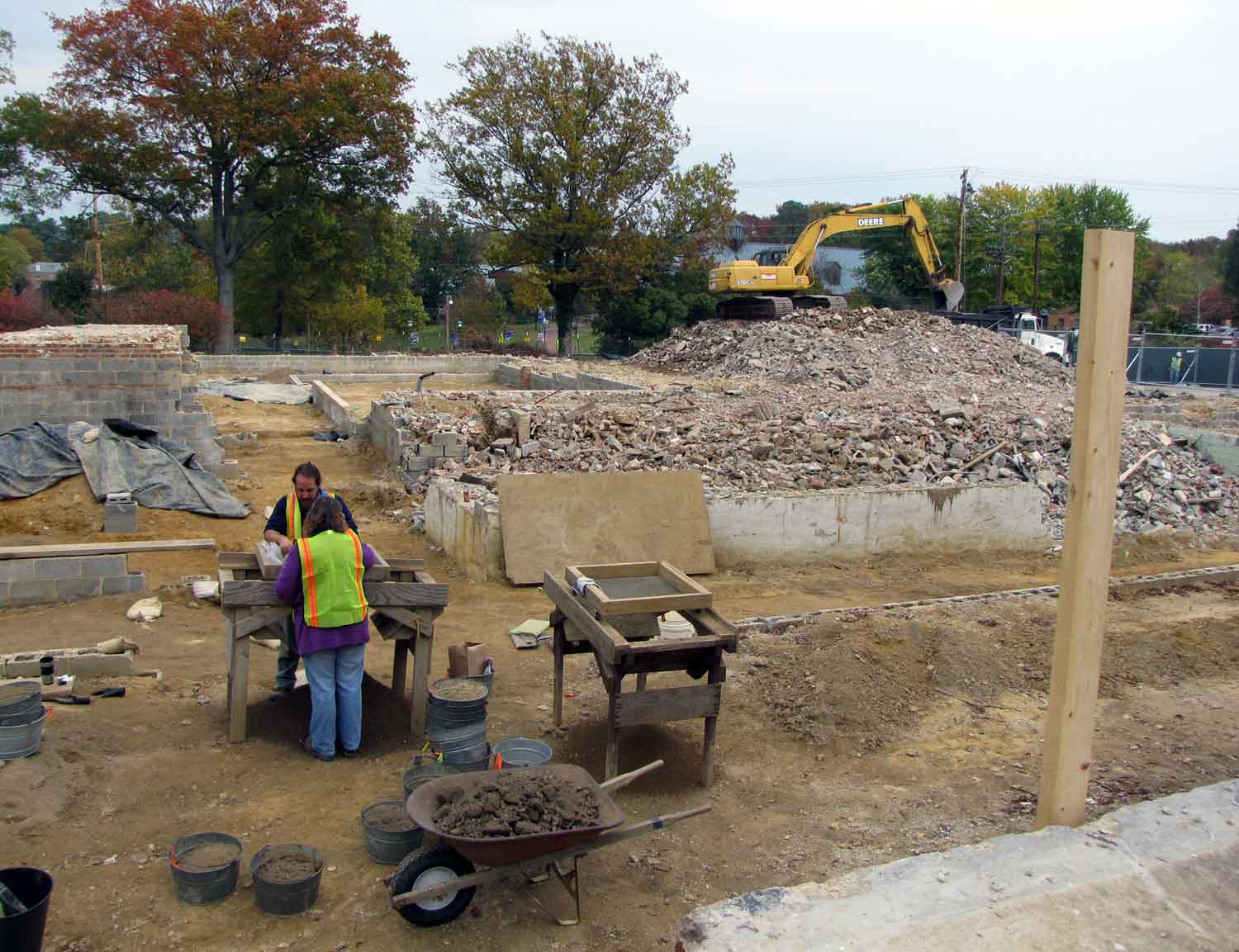