“Finding the location of Maryland’s original settlement is truly exciting news for our state and will give us an opportunity to reconnect with our pre-colonial and early colonial years,” said Governor Larry Hogan. “The state has been proud to support the study of St. Mary’s Fort and looks forward to further excavation of the area as we approach our state’s 400th anniversary,” Governor Hogan added.

St. Mary’s Fort was the first major foothold of European settlement in the state and the fourth English colony in the country after Jamestown (1607), Plymouth (1620), and Massachusetts Bay (1630). In March of 1634, approximately 150 Maryland colonists arrived on two ships, Ark and Dove, in an area that was home to the Yaocomaco, a tribe loosely allied with the Piscataway paramount chiefdom. What little is known about this period is drawn from English colonial records. The archaeological study of St. Mary’s Fort has the potential to unearth new information about Maryland’s pre-colonial and early colonial past.

Members of the HSMC Department of Research and Collections have been conducting fieldwork within the St. Mary’s City National Historic Landmark area since 1971, but definitive traces of St. Mary’s Fort remained elusive until a 2018 grant from the Maryland Historical Trust allowed Parno to hire geophysicist Dr. Timothy J. Horsley to survey two suspected locations using magnetic susceptibility, magnetometry, and ground-penetrating radar. The results, which were verified via a brief archaeological dig, confirmed the fort’s exact location.

The study of St. Mary’s Fort is part of a larger initiative titled People to People: Exploring Native-Colonial Interactions in Early Maryland, scheduled to begin in 2021. Created as a collaborative effort between Historic St. Mary’s City and Piscataway tribal participants, the project will include archaeological excavations at St. Mary’s Fort and indigenous sites near the fort, interpretation and exhibits of native and colonial culture, and public programming about life in the region in the years prior to and during the early seventeenth century.

Parno is currently consulting with Piscataway tribal participants and other stakeholders, and excavations of St. Mary’s Fort are ongoing thanks to the support of private donors and funds provided by Governor Hogan’s office. With the support of the State, St. Mary’s Fort will be integrated into Historic St. Mary’s City’s living history program in time for the state’s 400th anniversary in 2034. In the meantime, the excavation site is open during public visitation hours. Please visit www.hsmcdigshistory.org for hours and availability.

St. Mary’s City was established in 1634 by European colonists led by Maryland’s first governor, Leonard Calvert. It is the fourth oldest permanent English colonial settlement in the United States and the site of Maryland’s first capital. In 1969, St. Mary’s City was designated as a National Historic Landmark in recognition of the uniquely well-preserved archaeological record of more than 10,000 years of human occupation – including archaeological artifacts left by native peoples (Piscataway, Yaocomaco, etc.) and European colonists. Today, the site is home to a living history museum that hosts more than 20,000 school children a year, and houses an active archaeological program and the longest running historical archaeological field school in the country. HSMC continues to engage both students and the general public in educational programs in novel and exciting ways, encouraging people of all ages to connect the past with their contemporary lives. 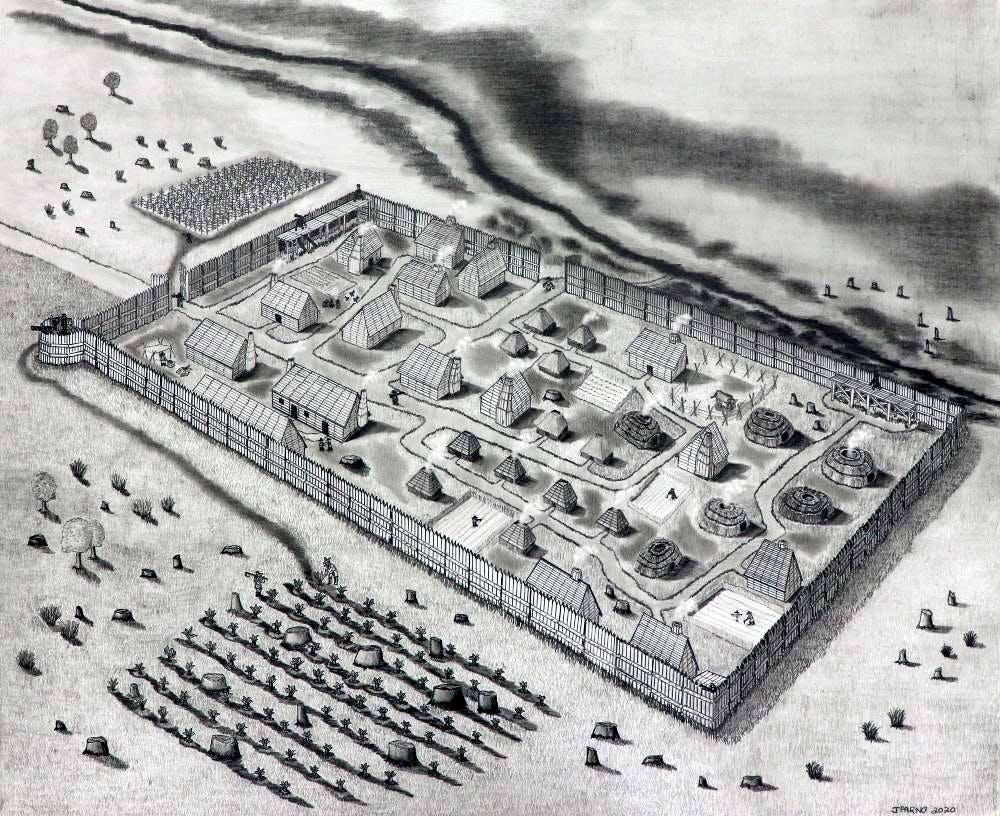 A formal online announcement premiered on March 25, Maryland Day, 2021 and can be found on the museum YouTube channel.