Back in late 2014, I received a phone call from a retired school teacher in Mexico City named Tobyanne Berenberg. Her mother was Fredericka Martin and among the possessions she left to Tobyanne were artifacts she had collected while assisting on an archaeological dig at a place called St. Mary’s City in 1940. Tobyanne is seen here in 2008 at her mother’s burial site in the Aleutian Islands of Alaska. 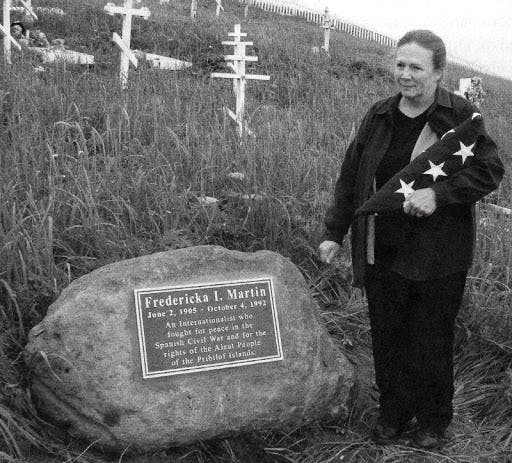 Tobyanne Berenberg in 2008 at her mothers grave

She asked “Would you be interested in them?” The answer was an immediate YES and in January 2015, I received a package from Mexico. Inside were a variety of 17th-century artifacts including pottery, nails, glass and tobacco pipes. Some of the pipes were glued on a piece of thick paper her mother had labeled “From Governor’s Castle, St. Mary’s City, Md. Found Sept. 12, 13 1940” as seen here. 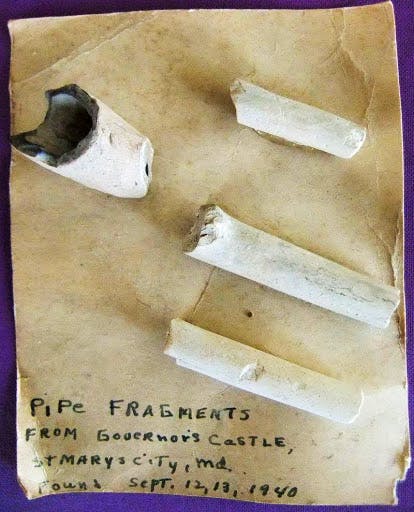 Some of the Tobacco Pipe Fragments Returned to St. Mary’s City

The Governor’s Castle was a name given in the 19th century for Philip Calvert’s 17th-century mansion referred to as St. Peter’s in period documents. Built stoutly in 1677-78, this impressive dwelling did not survive for long due to an accident. In October of 1694, roughly 1000 pounds of gunpowder being stored in the basement exploded, completely destroying what was probably the first classical-influenced mansion in the colony. The governor’s castle attribution comes from it being used by Maryland’s first two Royal Governors between 1692 and 1694. Its ruins were discovered and partially excavated by the renowned architectural historian Henry Chandlee Forman. He described the architecture and concluded that it was comparable to the Governor’s Palace built in Williamsburg some 30 years later. It was without doubt the largest home in Maryland and one of the premier mansions built in all of 17th-century America. A conjectural drawing of Philip Calvert’s St. Peters is shown here. 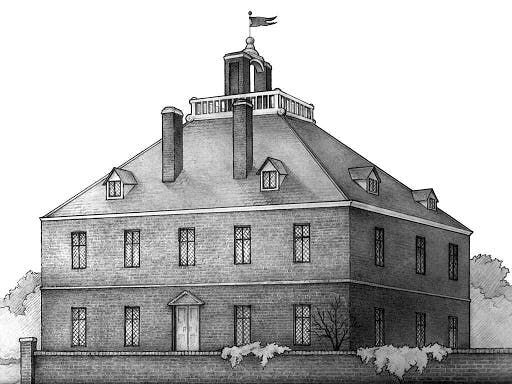 Dr. Forman published a paper about his excavations in 1942 but the site remained in agriculture. Aside from the article, few details about Forman’s excavations there are available.

So how did St. Mary’s City artifacts get to Mexico City? With the help of Tobyanne, the story was gradually pieced together. Fredericka Martin was a New York nurse who in 1937 became chief nurse for the medical section of the Abraham Lincoln Brigade in the Spanish Civil War. She returned to the United States and in 1939, met and married Dr. Samuel Berenberg as they helped establish and direct a new hospital in Greenbelt, Maryland. They found Maryland history intriguing and devoted much time learning about it. In early 1941, the Berenbergs took a new job at a hospital on a remote island in the Aleutians some 300 miles off the coast of Alaska, where Tobyanne was born. A picture of Frederika, the infant Tobyanne and two Aleut children possibly taken in late May of 1942 is seen below.

There, Fredericka came into contact with the native Aleut people and was fascinated by them. Despite having no anthropological training, she became an expert on their culture and wrote many articles and two books about them, including an edited Aleut language dictionary. When the Pearl Harbor attack made their island location dangerous with the later Japanese invasion of the Aleutians. They were evacuated along with the Aleuts in mid-June 1942 and, returned to the U.S., settling in New York City. But in 1950, after a divorce, Frederica and her daughter moved to Cuernavaca, Mexico, where she lived until her death in 1992. She left behind important document collections about the Spanish Civil War, the Aleuts, and other topics. Among them were the St. Mary’s City artifacts. They had moved from St. Mary’s to Greenbelt, Maryland, to New York City, Cuervavaca, Mexico and finally to Mexico City. After this 75-year odyssey, they returned to their place of origin. 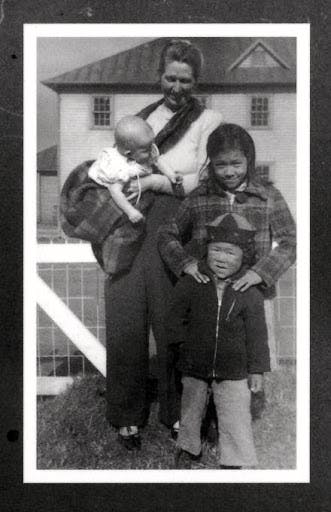 The artifacts Tobyanne sent is a small but significant collection of materials from St. Peter’s, especially the the largest group of tobacco pipes we have from that site. Here is the collection. It includes the pipes, handmade wrought nails, two base fragments from colonial round bottles and sherds of North Devon Gravel-Temebered Earthenware and Liverpool area Black Glazed Earthenware. 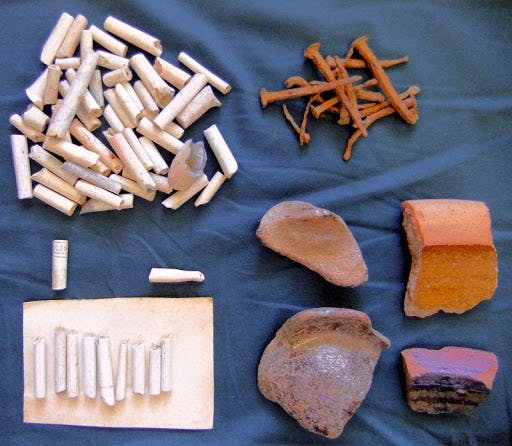 Artifacts collected in September, 1940 and returned to St. Mary’s City in 2015

But there is still more to the story. In later 2019, I received another call from Tobyanne saying she had a few books about Maryland and some documents that we might find of interest. They arrived in early 2020 and among them was a news clipping from the Greenbelt Community newsletter for 24 September 1940. Written by Fredericka Martin Berenberg, the title reads “Berenbergs Return from Archaeological Vacation in St. Mary’s City, Md.” Other than Forman’s article, this is the only other account of the St. Peter’s excavations known to exist. It tells us that they helped Forman take the essential foundation measurements of St. Peter’s, which we have confirmed are highly accurate, and describes some of his early interpretations about the building as it was being explored. The article indicates that Forman had uncovered quite a large portion of the tile covered basement of the structure and that it was in excellent condition. This is also without question the first account we have ever seen of someone taking an “Archaeological Vacation” at St. Mary’s City. This is that document: 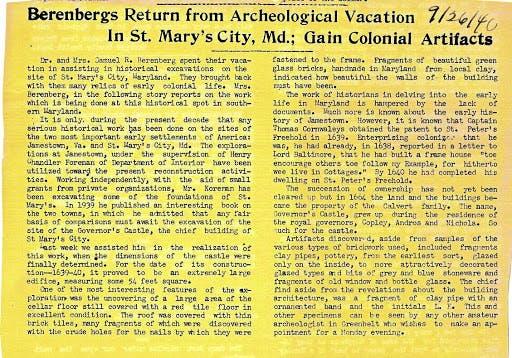 Among the artifacts, she specifically notes in the article is a tobacco pipe fragment impressed with the letters “LE”. It was a “chief find” and Forman later borrowed it for an exhibit. But he returned it and this pipe has remained with this much traveled collection ever since. The pipe is seen here. They did not know it at the time, but this was the mark of a Bristol, England pipe maker named Llewellian Evans, who worked between 1661 and 1689. 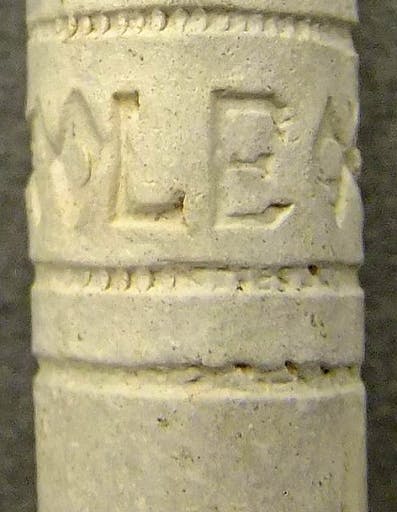 This collection adds materially to the St. Mary’s City archaeological record. And the fact that after 75 years they were all return to us is simply amazing. Many people would have simply thrown out these materials as worthless clutter when clearing out their parent’s home. Fortunately, Tobyanne Berenberg understands the importance of history and made a tremendous effort find us and then return them to St. Mary’s at her own expense. For her thoughtfulness and efforts, she has our deepest gratitude. It is highly unlikely the museum will ever again receive a more traveled collection of artifacts from Maryland’s ancient capital.

Fredericka Martin wrote a charming account of her year in the Aleutians, published after her death. If you would like more insights about this remarkable woman, see Before the Storm: A Year in the Pribilof Islands, 1941-1942 (University of Alaska Press, 2010).