Home › About Us › Staff Directory › Will Gates 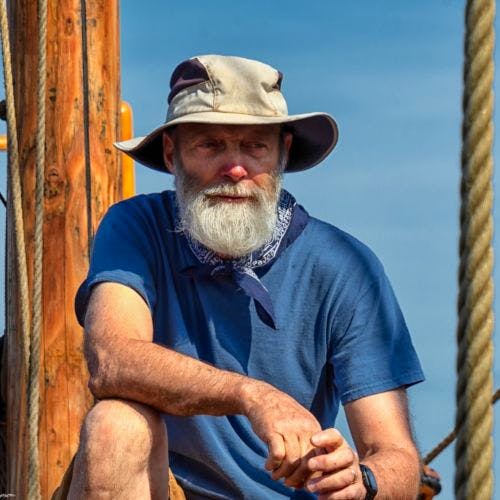 Captain Gates is the “Maritime Curator” at the Historic St. Mary’s City Museum, but is better known for his main responsibility as the skipper of the replica ship Maryland Dove. He has served in this capacity since 1989, having previously worked on the Mayflower replica in Plymouth, Massachusetts, and for several years in the educational windjammer trade. Captain Gates got started with ships apprenticing as a rigger at Mystic Seaport Museum, where he became interested in history as well as the sailing and rigging trades. Captain Gates earned a college degree in Geography and Archaeology, but soon discovered that, as the bumper sticker says, “He’d rather be Sailing!” A husband of a music teacher and father of three now-grown adults, Captain Gates is a family man and an active volunteer with several local charities.